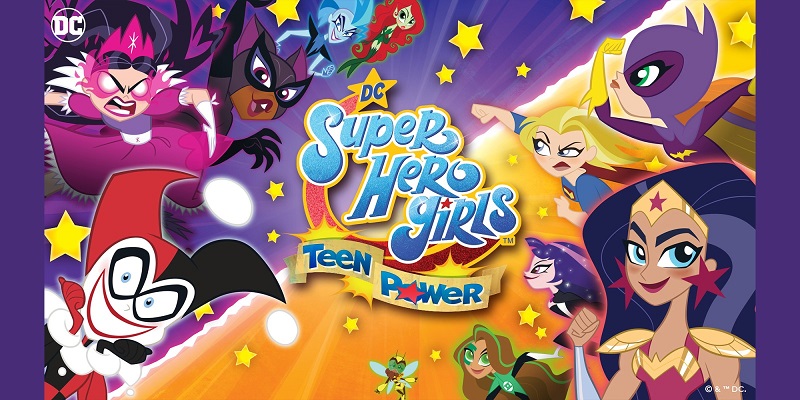 During the latest Nintendo Direct presentation (back in February), Nintendo announced that a video game based on the DC Super Hero Girls cartoon is headed to the Nintendo Switch. It’s called DC Super Hero Girls: Teen Power (developed by Toybox), and will be released on June 4th worldwide. But since that initial reveal, we haven’t heard or seen anything of the game, even though it comes out in less than 3 weeks…

But yesterday, we finally got a fresh look at the game via the following commercial:

Join the fight as Wonder Woman, Supergirl, and Batgirl from the animated series DC Super Hero Girls, and save Metropolis from some of DC’s most notorious Super-Villains! Each hero can battle baddies with a unique set of abilities: Wonder Woman uses her warrior skills with the Lasso of Truth and Flying Shield, Supergirl has Heat Vision and Super-Breath, and Batgirl can invent crime-fighting gadgets like the Batarang and Bat-Hook. But when you’re not out fighting crime, you have to balance the super life with their lives as teenagers!