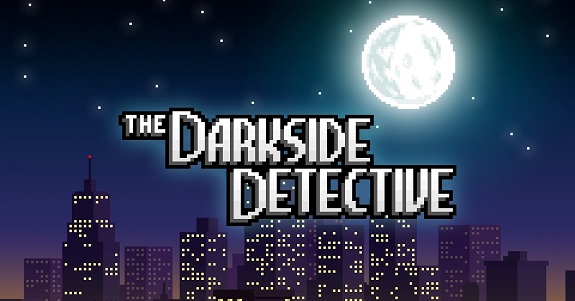 This past few months, there’s been a pretty popular “sport” among indie developers: posting pics of your game(s) running on an actual Nintendo Switch, to reveal that you’re porting it to that console. And that’s exactly what Spooky Doorway did last week, when they “teased” The Darkside Detective for the Nintendo Switch!

Here’s what The Darkside Detective is all about:

Where cultists crawl, where demons dwell, where the occult… occults? you’ll find Detective Francis McQueen, the sole member of the criminally underfunded Darkside Division. When evil darkens the doorsteps of Twin Lakes City – hell, even when it just loiters around shop fronts or hangs out in shady alleyways – he’s there, ready to investigate the cases that nobody else will. He is The Darkside Detective.

The Darkside Detective is a “micro-adventure” game and a classic point and click adventure, with a distinct sense of humour. You get to investigate 6 bizarre cases with Detective McQueen and Officer Dooleys. Said cases all involve the occult and/or supernatural.

The Darkside Detective (Switch – eShop) does not have a release date yet, but it’s already been added to the Upcoming Games page!