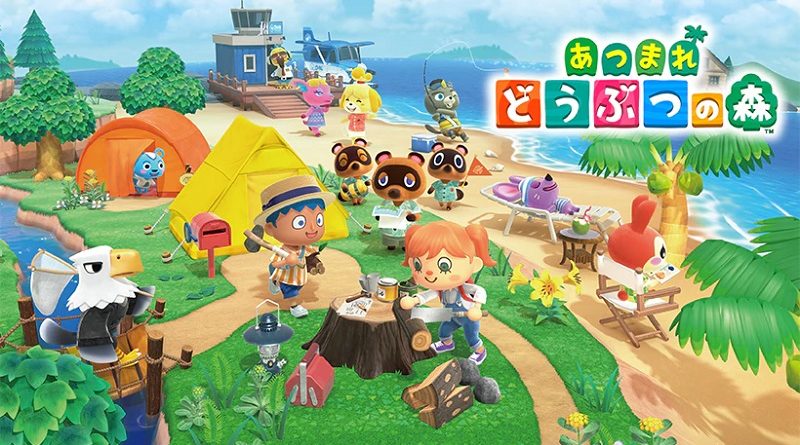 It’s now 2020 pretty much everywhere in the world, which means the year when Animal Crossing: New Horizons comes out is finally there. Nintendo did not forget that particular fact, and actually revealed the first TV Commercial for the game today (despite the game not launching for another couple of months).

The first game from the popular Fate series has been announced for the Nintendo Switch. It’s called Mainichi ♪ Emiya-san Chi no Kyou no Gohan, and as the name indicates, it’s based on the Emiya-san Chi no Kyou no Gohan (Today’s Menu for the Emiya Family) spin-off. It’s described as a Cooking Adventure game, and it will be released this Spring in Japan exclusively via the Nintendo eShop.

It was created under the supervision of TAa, the creator of the original Emiya-san Chi no Kyou no Gohan manga, and it will allow players to enjoy both the “cooking” and “daily life” aspects of the spin-off. The game will feature the various recipes from the original manga and anime series, but also some brand new recipes (complete with their own stories).

Mainichi ♪ Emiya-san Chi no Kyou no Gohan (Switch – eShop) comes out this Spring in Japan. The Upcoming Games page has been updated!

The latest translated interview from shmuplations is about a really unique game: Boktai, the cult-classic GBA game by Hideo Kojima. Click here to check it out!

In this 2003 interview, former Konami creative Hideo Kojima discusses the production of, and inspirations behind, the Game Boy Advance title Boktai: The Sun Is in Your Hand, an isometric vampire-hunting adventure game with stealth elements that makes heavy use of both a photometric light sensor and a real-time clock chip to simulate the in-game presence of the sun. Boktai would spawn two sequels and a successor game for Nintendo DS, as well as a handful of highly-celebrated in-game crossovers with Capcom’s Mega Man Battle Network series, but Kojima would later state his dissatisfaction with the overall reception of the series, which he attributed to his lack of direct involvement past the original game.

Here’s the latest The Download video from Nintendo of America, showcasing notable games released in December on Nintendo Switch:

The latest Kickstarter update for Hex Heroes is now live. This one is mostly about class changes: click here to check it out!

Hey there heroes! We’re sorry for the slight break in updates – the holidays have been very busy for us and we’ve decided to heavily rework the last two starting classes. As we add more the exciting class synergies come to light, but each addition demands more and more forethought when it comes to balancing.

Here’s the latest video for the Ninja Box web anime series, which includes all episodes released until now: