Today’s Daily news: new DLC Fighter for Super Smash Bros. Ultimate to be revealed at the Game Awards, but also…

Nintendo have announced that the next DLC Fighter for Super Smash Bros. Ultimate will be revealed tonight, during the Game Awards. It’s not clear when that will be, but the show itself starts at 4PM PT / 7PM ET / 12AM GMT / 1AM CET / 9AM JST. 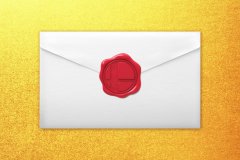 Majesco Entertainment have announced that they are bringing Double Dragon: Neon to the Nintendo Switch. It will be released on December 21st in North America, with Europe set to get the game in the following weeks.

On December 21, players will once again control totally radical martial artists Billy & Jimmy Lee on a weird, wild side-scrolling brawler to rescue their friend Marian from the clutches of the villainous magical skeleton Skullmageddon – he’s bad to the bone.

Players will punch, kick, and High Five their way through goon-packed city streets, haunted forests, secret labs, and even Skullmageddon’s barely-hidden SPACE DOJO. Take down legions of expendable but enthusiastic bad guys, including the frequently palette-swapped and reskinned Williams, the whip-cracking Linda, and legendary heavyweight Abobo. Tip the odds in your favor by collecting skill-enhancing retro mixtapes and mastering the Gleam system, turning perfect evasions into powerful counter-attacks.

Built from the ground up for co-op play, the bravest of martial artists can go solo, but Double Dragon: Neon is best with another hero on the couch. Don’t worry about your teammate ‘accidentally’ stealing all your power-ups either. Players can share health with a high five, or psych their partner out with a low five and steal some, if you’re feeling less than righteous.

Double Dragon: Neon (Switch – eShop) comes out on December 21st in North America. No release date for Europe yet.

DotEmu have confirmed that Windjammers 2 has been delayed to 2021. With just a few weeks left in 2020, it had become increasingly clear it would not be ready in time.

Here’s a message from the developers about the delay: 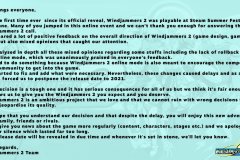 Niko Partners have shared some sales data for the Nintendo Switch in China, where it’s doing surprisingly well. According to them, the console sold 1.3 million units this year alone (includes both “legal” and gray market sales): that’s twice as much as the PlayStation 4 and Xbox One combined. Since launch, the console has sold nearly 4 million units in China.

Fun fact: Animal Crossing: New Horizons is quite popular in that country, even though it has not been officially released there. Lots of people end up getting the game on the gray market.

Another game that has proved really popular, but was officially released in China: Ring Fit Adventure. When pre-orders opened on JD.com and Tamll, the two sites had to temporarily suspens sales due to demand with tens of thousands of pre-orders placed.

The latest translation from shmuplations is an interview of several puzzle game creators: click here to check it out!