Here’s pictures of two teams competing in the Splatoon Koshien 2016 final, taking place this week-end during the Game Party Japan:

Kacy “Da Game Nerd” is on a quest to collect all Wii games released in North America. Here’s a video interview of him, by Metal Jesus Rocks:

It’s not just the Nintendo 3DS which got an update today: Monster Hunter X also did, in Japan! It brings the game to Ver. 1.2.0, and is required to play online (offline play with friends will work even without the update). Unfortunately, Capcom doesn’t say what this update adds and/or fixes.

Talking of Monster Hunter X, here’s picture of merchandise coming out this week in Japan:

Tabletop Simulator is a game allowing you to play various tabletop games on your PC. Thanks to mods, fans have brought back to life some old Nintendo tabletop games thanks to mods: you can check out this article from Siliconera, which highlights some of the best ones!

On February 24th, the CD of the Opening song used for the Ansatsu Kyoushitsu Season 2 anime will be released in Japan. Fans who buy the first-print copies will get a serial code, allowing them to take part in the Korosensei lottery. There’s a New Nintendo 3DS and a set of four cover plates to win! 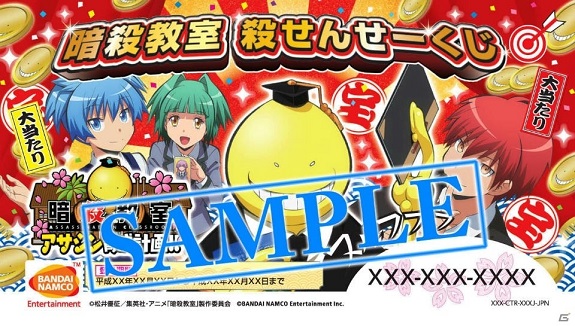 Here’s preview pages from the Monster Strike guide, which comes out on Thursday in Japan:

Here’s pictures from the World Hobby Fairy 2016, from Famitsu: