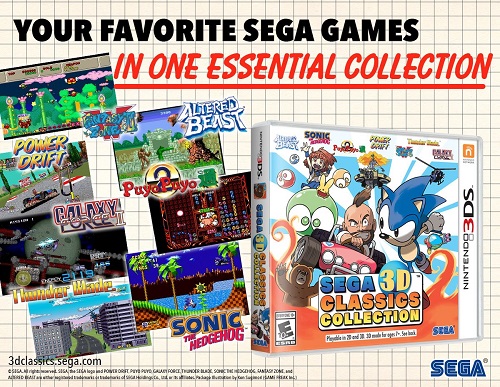 5 years ago, Mega Man Legends 3 was cancelled. The announcement came as quite a shock for fans, especially since they were directly involved in the development of the game.

Yesterday, Get Me Off The Moon uploaded a 24mn long documentary about the game, going from the very beginning to the untimely end and cancellation, including the fan movements that followed. If you’re a fan, this documentary is certainly not going to make you feel better, but at least, you will know everything there is to know!

Wondering what happened to the SEGA 3D Classics Collection in Europe? SEGA Europe announced today that would “talk” about it later this week, on Friday. It’s quite likely we will get the release date then!

you get to buy it! We will be talking about the classics collection on Friday!

Interested in the reprint of the Super Mario Adventures? If yes, you can now pre-order it on Amazon.com, where it costs $14.99! [NB: affiliate link]

Unfortunately, it’s not clear for what reason. It’s quite likely Nintendo of America and/or Future sent a DCMA request, but we have no confirmation of that. It’s possible the removal is entirely unrelated to a legal request, but there is no way to know…