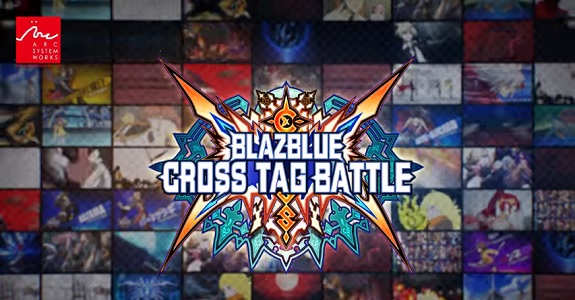 Today, Nippon Ichi Software has shared the very first official screenshots for Disgaea 1 Complete, the remake of the very first Disgaea game. It will be released this July in Japan, and will be available in two editions:

Disgaea 1 Complete (Switch) comes out on July 26th in Japan, and this Fall in Europe and North America.

Yesterday, Nintendo published an interview with the one and only Suda51, Director of Travis Strikes Again: No More Heroes on Nintendo Switch. Here’s an excerpt:

NUK: Given that Travis Strikes Again is set inside a videogame console, and Travis is ultimately fighting through games with characters created by Dr. Juvenile, can No More Heroes fans expect to see any classic faces turn up? A song from Dr. Peace, for example, or perhaps some enchanting words from Badman’s daughter, Badgirl?

S51: Nothing’s set in stone yet but I would love to, if possible, bring back lots of the old faces. The only problem is that there are many characters who Travis killed, so in order to bring them back properly there’s several things that would need to be ironed out. That said, I am including ideas like this in my brainstorming when thinking about what to add to the game. I’m even considering adopting Dragon Ball logic in the No More Heroes series – or Marvel or DC – they all make it so easy to bring back dead characters!

Yesterday, PM Studios and acttil announced that Musynx would be released on June 19th in Europe and North America. In North America, the game will be available at retail, with a standard and Limited Edition (first 5 000 copies). This LE will have a special illustration on the packaging, featuring Stardust (a popular Chinese Vocaloid, also getting a song in-game: “Twinkle Star”).

Here’s what the packaging of the Limited Edition looks like:

Musynx (Switch) comes out on June 19th in Europe and North America. The Upcoming Games page has been updated!

Here’s the latest set of screenshots for My Hero One’s Justice:

My Hero One’s Justice (Switch) comes out later this year.

Today, Warner Bros. announced the release of the Marvel’s Avengers: Infinity War Character and Level Pack, that includes a level and characters from the comics. It will cost £2.49, and is included in the Season Pass.

This action-packed level offers players the chance to control Thanos, one of the most dangerous Super Villains in the Marvel Universe, and his ruthless army. The Mad Titan and the Children of Thanos have invaded Attilan to take on Black Bolt and the Inhumans in an all-new original game level. Working as a team, the menacing crew must work their way through the various levels of Attilan before they are given the opportunity to break through to Black Bolt’s throne. New unlockable characters Thanos, Corvus Glaive, Cull Obsidian, Proxima Midnight, Ebony Maw, Hulkbuster 2.0, and Groot (Avengers: Infinity War) add to the main game’s roster of over 200 Super Heroes and Super Villains.

Here’s the latest set of screenshots for Valkyria Chronicles 4, and more precisely its DLC:

Yesterday, Limited Run Games announced that their next Nintendo Switch release would be Mercenary Kings and Flinthook. Both will go live on April 23rd at 7AM PDT / 10AM EDT / 3PM BST / 4PM CEST, and will be included in a Limited Edition with both games.

Earlier this week, Capcom announced a special concert for the Ace Attorney series, called “Gyakuten Saiban LIVE OBJECTION! 2018”. It will take place on June 10th in Japan, and to get fans excited about the concert, the company uploaded a promo video (featuring footage from the mini-concert held during the 15th Anniversary event):

Here’s some pictures of a special stylus for the Nintendo Switch, released today in Japan: