One important note about “Great distance” (the main theme): players who pre-order the single, coming out on May 20th, will be able to get a special costume. They will get to chose among those 8 costumes: 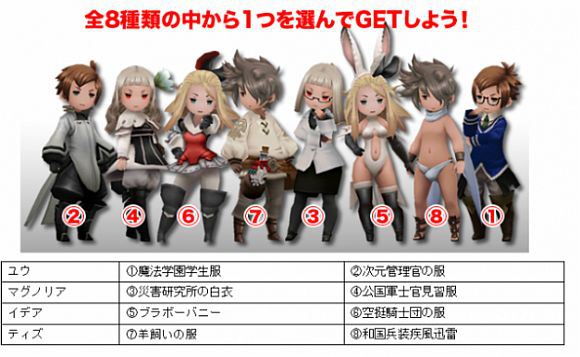