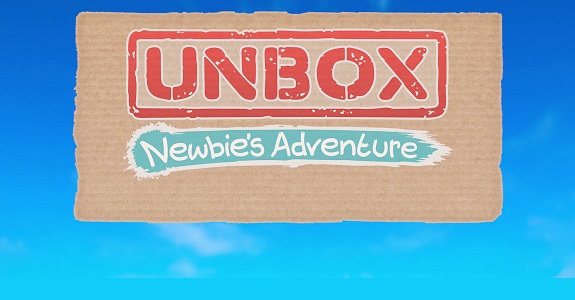 Announced for the Nintendo Switch a few months ago, Unbox: Newbie’s Adventure is a physics-based, “explosive” 3D adventure/platform game (inspired by , where you get to control Newbie… a cardboard box! Your goal is to bounce and roll your way through various 3D worlds filled with scenic vistas, mountains, islands, and more.

Newbie’s goal is pretty noble: he wants to save the Global Postal Service from bankruptcy, which can only be done by proving his worth as a sentient, self-delivery package. In the game, he will get to explore various epic worlds, while accepting missions and challenges along the way. There’s also plenty of friends to meet, collectable to… collect, and secrets to uncover.

But be careful of the Wild Cards: they’re not really a friendly bunch, and in fact, they want only one thing… to crush the Global Postal Service!

Inbox: Newbie’s Adventure can be played in Single-Player (Adventure Mode), but also with up to 4 players in split-screen multiplayer. There’s also some customisable tournaments, allowing players to play on dedicated multiplayer maps.

Curious about this game? Here’s a trailer for you to check out…

… and here’s some screenshots, too!

Unbox: Newbie’s Adventure (Switch – eShop) will be released in Q4 2017, several weeks/months after the other platforms (getting the game on July 26th). The Upcoming Releases page has been updated!