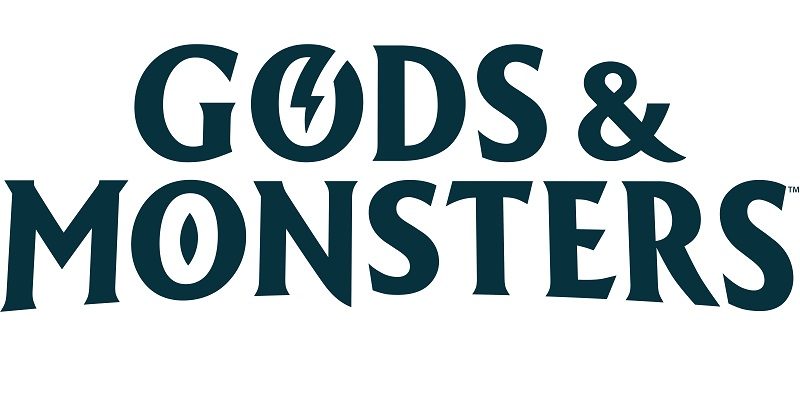 Yesterday, during their annual press conference at E3 2019, Ubisoft announced a couple of games for the Nintendo Switch: Gods & Monsters and Just Dance 2020!

Gods & Monsters is the latest game from Ubisoft Québec, one of the teams behind Assassin’s Creed Odyssey, and it’s an open world fantasy adventure featuring a gorgeous artstyle. In this game, you get to use godlike abilities to defeat mythological beasts, and save the Greek gods. It will be released on February 25th worldwide.

In Gods & Monsters players embody Fenyx, a forgotten hero on a quest to restore power to the Greek gods after it was stolen by Typhon, the deadliest creature in Greek mythology. Players will explore the Isle of the Blessed and prove their heroism as they face dangerous mythological creatures, including fearsome Gorgons, Harpies and mighty Cyclopes. Gifted with special powers from the gods of Olympus, players must overcome treacherous dungeons, challenging trials and perform heroic feats on their journey to save the gods.

A storybook adventure at heart, Gods & Monsters features a lively and colorful open world to discover. Players will roam freely on the ground and glide in the air, taking advantage of their extraordinary abilities to explore this vibrant world full of surprises, epic battles, quests and fantastical creatures. The journey will be as challenging and rewarding as the destination, and players will emerge as the heroes they were meant to become.

Gods & Monsters (Switch) comes out on February 25th worldwide. The Upcoming Games page has been updated!

The Just Dance series, which boasts 120 million players all around the world and 67 million units sold, is celebrating its 10th Anniversary. This year, the new game is quite logically called Just Dance 2020, and it’s releasing on November 5th in Europe and North America. This time around, only the Nintendo Switch and the Wii (yes!) get it, as Ubisoft decided to drop the Wii U platform altogether.

Finally, here’s the first set of songs revealed for the game:

Here’s the first set of videos for Just Dance 2020:

Just Dance 2020 (Switch, Wii) comes out on November 5th in Europe and North America. The Upcoming Games page has been updated!

RANKED MULTIPLAYER SEASON 2
Season 2 brings a new season of ranked multiplayer and a new seasonal reward. Climb your way through the divisions to earn different parts of the Golden Ronin outfit to be awarded at the end of the season.

NEW FUN BIKE & TRACK PACK
If you have ever wondered what a medieval shopping cart would look like, Season 2 has got you covered with its debut of a new ride: the Shopping Cart. This unique bike presents new challenges as you can only control the cart, and your rider has to stay in the cart while you make your way through select courses. Accompanying the Shopping Cart is a new Track Pack to explore the Faire with five all-new, medieval-themed tracks.

NEW CUSTOMIZATION ITEMS
Alongside the new multiplayer rewards comes a wealth of new customization items, which will arrive regularly throughout the season. There will be two new rider outfits, the Ronin and the Knight, as well as two new bike skins. In addition to these outfits and skins, there will be four new knight- or samurai-themed headlights, ten new themed helmet accessories, and ten new themed stickers. Once you have decked out your rider and bike to your heart’s content, you will be able to showcase them in new ways, thanks to the addition of five new loading poses, five new victory animations, and two new lose animations.

SUMMER EVENT
Season 2 will bring a special limited-time Summer Event in July. This will include a new Summer Swimsuit outfit available in the store or through the Summer Event Gear Crates, a summer-themed headlight, and eight helmet accessories. Be sure to collect all the ice cream cones hidden across various tracks to claim an exclusive helmet only available through this Ubisoft Club challenge!

TWITCH DROPS
Keep your eye on the official Ubisoft Twitch channel during E3 and other big events to unlock the special Sentai helmet!