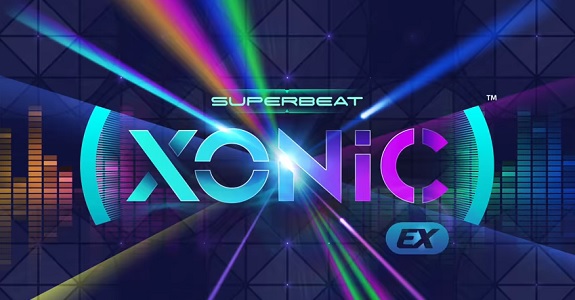 A few weeks ago, we found out via ESRB ratings that the popular rhythm game SUPERBEAT: XONiC was headed to the Nintendo Switch. And yesterday, Rising Star Games and PM Studios finally confirmed that the game was indeed coming to Nintendo’s hybrid console, as SUPERBEAT: XONiC EX.

What’s more, Rising Star Games revealed that the game would get a retail release across Europe (and most likely North America too).

For those of you who never heard of the game before, why not check out the trailer below to find out what it’s all about?

SUPERBEAT: XONiC EX features no less than 65 music tracks, ranging from K-Pop to metal, including techno, and R&B. The game includes “fist-pumping hits” by Cranky, PLANETBOOM and M2U, along with 200 different play patterns.

SUPERBEAT: XONiC EX will also see the return of the fan-favourite touchscreen controls, though those are just one of the options available to you: you can also use buttons if you prefer. Naturally, touch-screen controls are only available in Handheld Mode, you will have to stick to buttons for TV Mode and Tabletop Mode.

Finally, Rising Star Games promises a “robust program of DLC” for this Nintendo Switch version of the game, with more details most likely coming closer to launch.

SUPERBEAT: XONiC EX (Switch) doesn’t have a release date yet, but it’s already been added to the Upcoming Releases page!