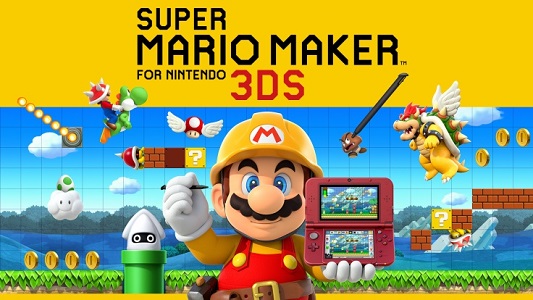 On Nintendo consoles, if you buy games at retail, there’s nothing that prevents you from lending it to a friend or family member, or even sell it (it’s a different matter with games downloaded from the Nintendo eShop, which are tied to your Nintendo Network ID).

Naturally, that’s the case for Nintendo 3DS games, where all users even have access to the save data stored on the game cartridge (unlike on Wii U, where said data is stored on the console itself, or the external HDD).

But there’s a few exceptions… including Super Mario Maker for Nintendo 3DS. While the game cartridge can be used on multiple Nintendo 3DS consoles, it’s a different matter for the save data. And it’s not due to some security feature, but quite simply to the special way save data work in this game, as explained in a notice posted yesterday on the Nintendo website in Japan.

Since data on the SD Card can only be read by the console that created it, you cannot simply share your SD Card along with the game itself.

In short, if you want to lend your copy of Super Mario Maker for Nintendo 3DS to a friend or family member, or if you want to sell your copy (or buy one used), you definitely can do so… just make sure to delete the save data on the cartridge first.

Since Nintendo posted that as a notice on their website in Japan, that most likely means they have received reports of players not being able to play… even though they could!