The 11th Splatfest took place at the same time worldwide, but we’re back to a more “normal” schedule for the 12th one.

Today, Nintendo announced that the 12th Splatfest for Europe would take place next week, on March 19th and March 20th. Once again, the theme is completely different from the one used in Japan (and most likely in North America too, though it hasn’t been announced yet): “Would you rather have a jetpack or a hoverboard?”. In other words: are you more a fan of Back to the Future or Pilotwings? 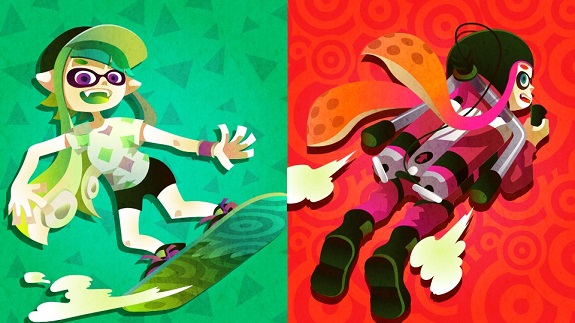 The Splatfest will last 24h, and start on:

As usual, this Splatfest is only for players with a European copy of Splatoon.

Just like Europe, the next Splatfest will take place next week-end in North America. Unsurprisingly, the theme is completely different from the one used in Europe: “Would you rather build a Snowman or a Sandcastle?”. It will take place next Saturday, at the same time as pretty much all the previous Splatfests. 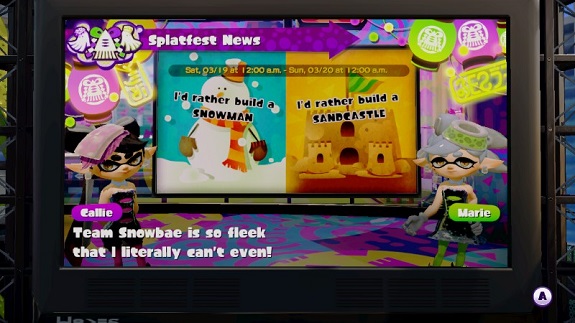 As always, this Splatfest is only for players with a North American copy of Splatoon.

Thanks whipfair for the heads up and screenshot.

Today, the Squid Research Lab announced that the 12th Splatfest for Japan would take place next week-end. This is another collaboration with a real-life brand, this time the Dragon Quest series from Square-Enix. The theme is the following: “What is your approach to Dragon Quest games? Do you go All Guns Blazing, or are you Cautious?” 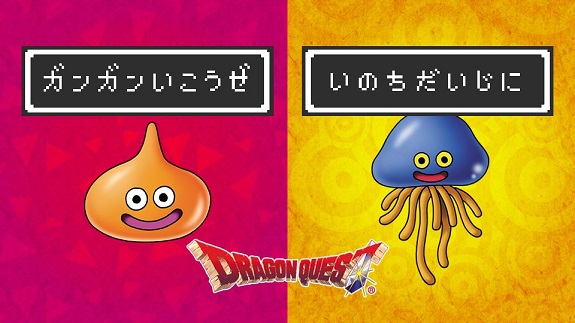