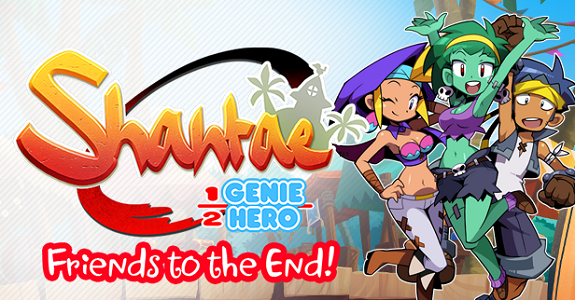 A few weeks ago, WayForward introduced the Friends to the End Expansion, the next expansion for Shantae: Half-Genie Hero, but also the final part of the storyline. If you missed the initial announcement, make sure to check out this post for more details!

The Friends to the End expansion for Shantae: Half-Genie Hero sees Shantae fall prey to dark magic, and it’s up to her friends (Sky and her egg-toss, Bolo and his grapple claw, and Rottytops and her brain-munching) to save her from the Nightmare Realm… which happens to be her own! It features remixed levels, as well as brand new challenge levels.

Here’s the key features of the expansion:

And here’s the trailer for that expansion:

We don’t have a release date for the expansion yet, but it should be released before the end of the year (if everything goes well at lotcheck)!