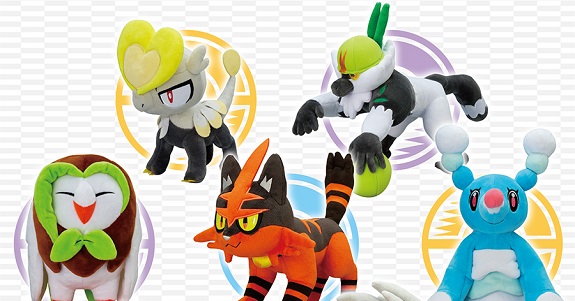 Today’s Pokémon news: another update for Pokémon GO currently being released, but also…

A few days ago, one of the new updates for Pokémon GO was released, and caused issues with connectivity with the Pokémon GO Plus accessory on Android. The good news is, the latest update (which is currently being released for both the Android and iOS versions) happens to fix that very glitch, and more.

As usual, the update is currently being released, and therefore, may not be available for your device just yet. Also, the Pokémon GO updates page has been updated!

Here’s pictures of new Pokémon Sun and Moon plushies, releasing on February 11th in Japan at the various Pokémon Stores across the country:

And here’s more pictures for even more plushies (also releasing on February 11th):

Here’s the latest video from the Domino King, this time focusing on Mimikyu!