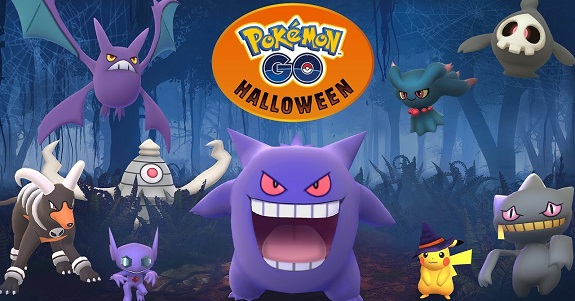 Let’s start with the Halloween event. Naturally, the previous “spooky” Pokémon are back (Gastly, Drowzee, Cubone, and more), but they also brought some special friends this time around. With this event, Sabeleye, Banette, and other Ghost-type Pokémon from the Hoeen region are making their first appearance in Pokémon GO.

But that’s not all: you can also get a special Pikachu wearing a Halloween hat during the event, along with a Mimikyu’s Disguise Hat for your avatar. There’s also be the usual event bonuses:

If you’re looking forward to even more Pokémon from the Hoenn region in Pokémon GO, you will have to wait a few more weeks. Niantic explains that more Gen. 3 Pokémon will be added gradually starting in December.