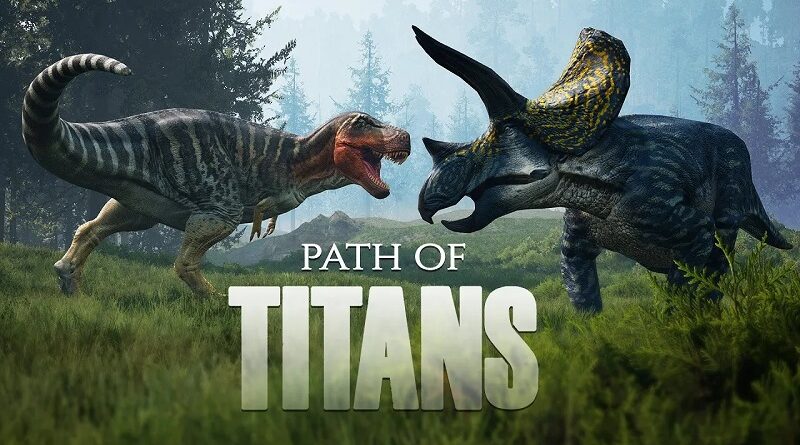 The wait is (nearly) over for Nintendo Switch owners: Alderon Games have announced that the closed beta for Path of Titans will kick off later today on the platform.

To be precise, it will go live at:

At launch, the game will offer no less than 26 dinosaurs (including the T-Rex, recently added), with even more to be added in the future (another dozen of creatures are expected to be added). The beta supports cross-platform play with the PC, PlayStation, Xbox, Mac, Linux, and mobile platforms.

For those who have never heard of Path of Titans: it’s a MMO Survival game where you get to play as a dinosaur. But you don’t immediately start as a giant beast, but as a baby dinosaur fresh of its egg. There’s large maps for you to explore, with quests to complete and various events.

With the launch of the T. rex, the game’s official roster of dinosaurs stands at 26. Another dozen creatures, a mix of denizens from land, air, and sea, are planned for all platforms. Path of Titans is a massively multiplayer survival game that invites players to become a dinosaur, evolving from egg to adult in a rich ecosystem filled with dino species, AI creatures, and up to 200 other human players. Explore an environment filled with natural events, all while avoiding death and augmenting your dinosaur to suit your play style.

Survive, explore, and thrive through lifecycle events and social gaming. The Founder’s Edition allows players to find and build a home cave within Panjura, the first of several 8km x 8km maps. Rank up on official servers, on custom community servers, and move between linked servers with your favorite dinosaurs on solo and social pack adventures to explore the open sandbox world. Strive to survive through the extensive system of MMO side-questing for the menagerie of air, land, and sea dinosaurs, with rewards, incentives, combat skills, and cosmetics unlocked along the life journey. The Beta supports cross-platform play on PC, PlayStation®, Xbox, Mac, Linux, and mobile platforms in addition to Switch.