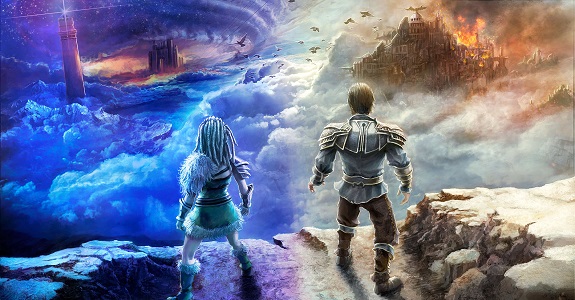 Today, Ikigai Gameworks announced that Night and Day: The Curse of the Red Witch, their very first game, will be released on Nintendo Switch in Spring 2019 (alongside other platforms). It’s presented as an “adventure runner with environments never seen before in the genre, and a devilish difficulty”.

Here’s what the Night and Day: The Curse of the Red Witch is all about:

Live the journey of Colwyn and Lyssa, condemned to always be together and eternally separated by a curse. Overcome multiple challenges, touring the forgotten world of Celuria. Confront the red witch and her generals and discover the mystery behind the curse.

The game features “spectacular graphic environment” where day and night collide (it’s in the very title after all!).

As far as gameplay goes, the developers mention shortcuts, bosses (and mini bosses!), but also a game system that seems rather simple at first glance… but with a “tremendously high” difficulty level. According to them, having good reflexes is pretty much a requirement to play this game, with its lane changes, jumps, and dashes.

Night and Day: The Curse of the Red Witch (Switch – eShop) comes out in Spring 2019 in Europe and North America. The Upcoming Games page has been updated!