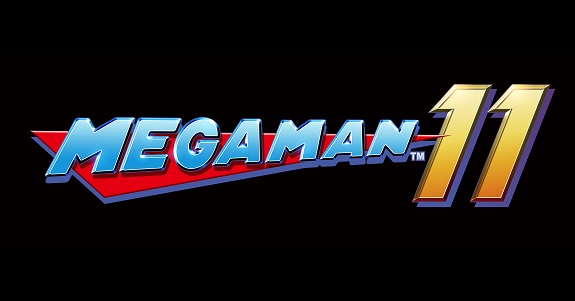 This month, Mega Man 11 is on the cover of Game Informer, which means it’s getting the usual month-long coverage treatment, with various features revealed throughout the month: interviews, additional details about the game, videos, etc…

On this page, we’re going to list all the various features from Game Informer… though if you prefer, you can simply bookmark this page!

Here’s the trailer for the special coverage:

Game Informer traveled all the way to Japan, where they had the opportunity to try out the game. In this article, there’s listing 11 things they learned:

The second feature happens to be a video interview with Kazuhiro Tsuchiya (Producer) and Koji Oda (Director).

We spent two days at Capcom’s headquarters in Osaka, playing the game and speaking with the game’s new development team. The two lead developers on the new game are producer Kazuhiro Tsuchiya and game director Koji Oda. We sat down with Tsuchiya and Oda to figure out what Mega Man 11 means for Capcom and the team’s approach to sustaining versus reinventing the series’ classic gameplay.

The 3rd feature is actually a segment from the latest GI Show!

The 4th feature is none other than an exclusive concept-art gallery, showcasing Mega Man, Roll, enemies, an environment, and more. You can find more details about each piece of artwork on this page!

The 5th feature is an interview with Yuji Ishihara, the Art Director! You can check out the video on the Game Informer website, though a YouTube embed will be provided at a later date!

The 6th feature is a compilation of all the details currently known about the Robot Masters. Click here to read it!

The 7th feature has Capcom answer 5 important questions about the Mega Man series:

Click here to check out the answer to those questions!

The 8th feature is all about sound design, with various videos illustrating it. Click here to check it out!

The 9th feature has Capcom help Game Informer create the worst Robot Master ever. This one is a video!

The 10th feature is all about Koji Oda’s career in the video game industry, and more precisely at Capcom. Click here to check it out!

The 12th feature is all about the origins of the Mega Man series. Click here to check it out!

The 13th and final feature is an exclusive developer commentary for Mega Man 7… another video!