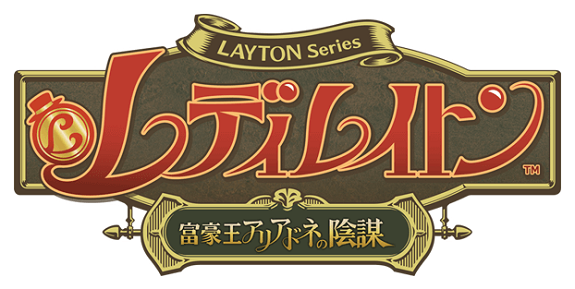 A few weeks ago, during a livestream, Akihiro Hino (CEO of Level-5) announced that a new Professor Layton game was in the works. Unlike Layton 7, it’s an adventure game in the vein of the two trilogies on Nintendo DS and Nintendo 3DS. And thanks to some European trademarks, we found out early that the game would most likely be called Lady Layton.

And today, during the Level-5 Vision 2016 event, Akihiro Hino confirmed the new: Lady Layton is the new entry in the Professor Layton. The game full title is Lady Layton: The Millionaire Queen Ariadne’s Plot (レディレイトン 富豪王アリアドネの陰謀), and will have you play as Catriel Layton (romanised name TBC). In case you’re wondering: yes, it is Professor Layton’s very own daughter!

Here’s the very first trailer for the game:

Catriel Layton is the daughter of the famous Hershel Layton, who is described as a “Jack-of-all-trades, riddle-solving detective”. She solves the various mysteries that happen all around London, and she does it in a very peculiar way. Her ways are so peculiar she soon get more and more attention, and therefore more and more cases to tackle.

You might be wondering what happened to Hershel Layton, and the answer is… we don’t know! In fact, the reason her daughter became a detective was to find her missing father. Naturally, the many cases she receives only makes the search for him harder (as she doesn’t really have time to spare).

Catriel Layton’s partner is not a young boy, but… a talking dog called Sharo, who helps her with solving mysteries.

Here’s the various characters that will appear in the game (NB: romanisation of names TBC!):

A-1 Pictures is in charge of the animated cutscenes, which seem even prettier than in the previous entries on Nintendo DS and Nintendo 3DS. As for the puzzles, they will not be based on Akira Tago’s book (which isn’t all that surprising since he died on March 6th): it’s Kuniaki Iwanami who is creating them.

As you can see in the trailer above, the game will be released on both the Nintendo 3DS and smart devices (iOS and Android) in Spring 2017. Our Upcoming Releases page has been updated.

Finally, here’s a video message of the voice actors:

Finally, here’s some screencaps from the official website, showcasing the elements mentioned above (including the characters):