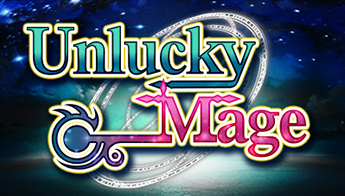 In the past couple of years, Kemco has published quite a lot of old-school RPGs on the Nintendo ehop of both the Wii U and the Nintendo 3DS. Pretty much all of them were developed by Exe Create, and were previously released on smartphones. And the latest one is no exception, though it’s a bit different from the others…

On Nintendo 3DS, the game is called Unlucky Mage, but it’s known as Unlucky Hero on smartphones. What’s pretty interesting about that title is that it hasn’t been released in Japan yet, and it’s on Nintendo of America’s website that it first popped up.

That being said, there’s no doubt Japan will also get the game, most likely even before North America. A European release is also guaranteed, as pretty much all the other RPG from Kemco / Exe Create have made it to the European shores.

Right now, it’s not clear when Unlucky Mage will be released on Nintendo 3DS, as Nintendo’s website is only mentioning a vague “Fall 2016”. The price is also TBC.

Here’s the official synopsis, along with some screenshots:

From loner to savior of a nation?

But that all begins to change when an untrusting young mage named Jasper, living isolated from society, finds himself involved in a chain of events that is sure to go down in history as the greatest story ever told!

With a plot full of twists and turns, Unlucky Mage will have gamers on their toes trying to outsmart foes using formations and tactics in this unique turn-based RPG! Now get ready to sally forth with Jasper as he goes from zero to hero in this comical adventure that is sure to delight fans of fantasy RPGs everywhere!

Unlucky Mage (3DS) will be released this Fall in North America, and later down the line in Europe and Japan. It has been added to our Upcoming Releases page!