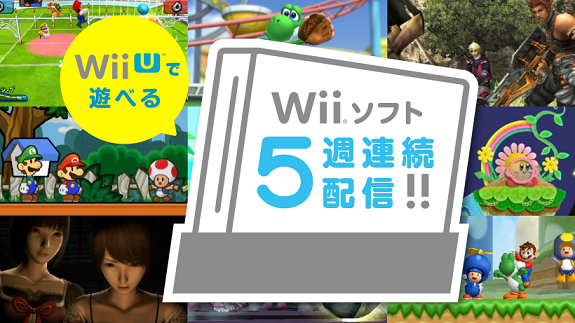 Unlike in Europe and North America, the release of new Wii games as downloadable titles on Wii U hasn’t been very frequent. But today, Nintendo announced that 10 “new” games would be added to the Nintendo eShop this Summer, with 2 each week until August 24th. Several of them have never been released in Japan, but there’s also some that are yet to be released as Wii Download titles on Wii U anywhere.

All titles will cost 2 700 Yen, but My Nintendo users will be able to get 30% off each title during the first two weeks following its launch. The My Nintendo discount will bring the price down to 1890 Yen.

Here’s the line-up of Wii games coming to Japan as downloadable titles on Wii U:

Our Upcoming Releases and Nintendo eShop Sales pages will be updated momentarily!