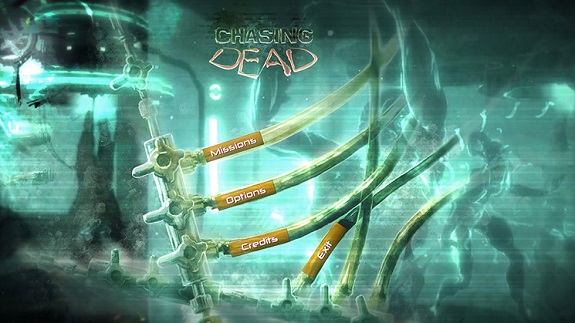 Tadpole Treble is an action/music adventure coming soon to Wii U. Here’s the official description from the Kickstarter page:

You play as Baton, a young tadpole attempting to make her way home across numerous dangerous levels and boss stages.

While music plays a large role in most games, the music of Tadpole Treble directly determines the layout of the stage. The very obstacles Baton is swimming past in-game mirror the layout of notes on sheet music–you are literally playing along with the music!

Last week, the developers posted an updated on said Kickstarter page, and explained that development was now complete. The game was sent to lotcheck last week, once some bugs were found and fixed. We should have a release date within the next couple of days/weeks!

According to Nintendo’s official website, Chasing Dead (which is coming out this Thursday in Europe) is also coming out this week in North America. The game will cost $29.99.