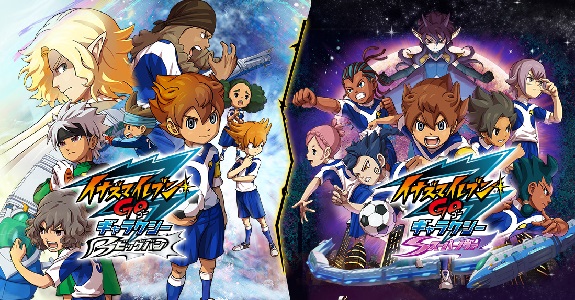 Back in March 2015, Nintendo and Level-5 released Inazuma Eleven GO 2: Chrono Stone in Europe. After that, fans started looking forward to the release of the last game on Nintendo 3DS, Inazuma Eleven GO Galaxy (originally released in 2013 in Japan). But months passed by, and there was still no sign of a European release, which was rather surprising as all previous mainline entries were localised (even the first Wii game, a spin-off, was released in Europe).

And today, we finally found out what happened with the European release of Inazuma Eleven GO Galaxy: it was seemingly delayed to an issue with the trademark. Level-5 filed for the Inazuma Eleven GO Galaxy trademark in April 2015, but it’s only yesterday that it was officially tregistereded. The reason? MSC Technologies Systems GmbH opposed that trademark, citing a risk of confusion with one of their own: Galaxy.

It took over 3 years, but Level-5 was finally able to register the trademark after MSC Technologies Systems GmbH withdrew their opposition to it. What this means is that Level-5 can finally use the trademark in Europe.

Level-5 and Nintendo are yet to make an announcement, so it’s not 100% guaranteed there will be a European release for Inazuma Eleven GO Galaxy just yet. However, it’s highly unlikely Level-5 went through 3 years of proceedings to be able to use a trademark, and then do nothing with it.

It’s not clear when that hypothetical European release could take place, but it’s quite likely the game has already been localised. In other words, it could very well come out this very year, but of course, it’s too early to say.

Source: EUIPO
Thanks Miller for the heads up!