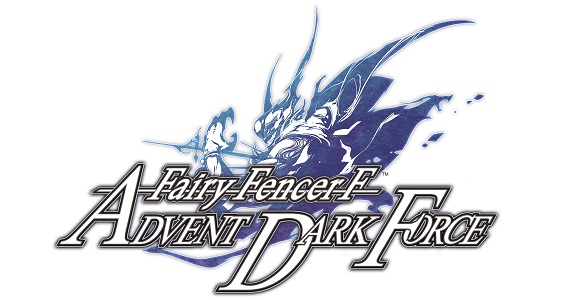 Yesterday, Idea Factory International announced that Fairy Fencer F: Advent Dark Force will be released in January in Europe and North America. The game will be available exclusively via the Nintendo eShop, and will cost 39.99€ / £29.99 / $39.99 (but with a 20% off discount at launch). This version of the game will include all 25 DLC items released for the PlayStation 4 release.

Here’s plenty of details and some pictures: 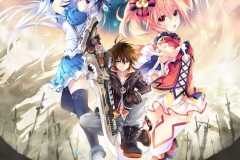 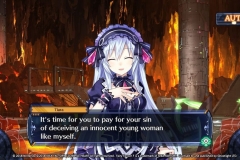 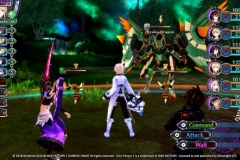 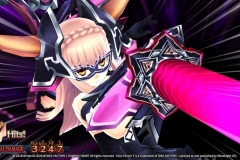 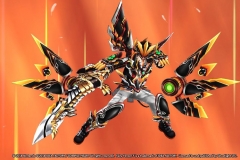 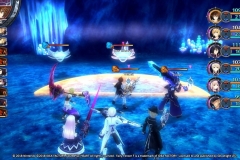 In a land filled with power-imbued weapons known as Furies, the Fencers who wield them are locked in combat to collect as many Furies as possible. The unassuming hero, Fang, finds himself caught up in their struggle when he pulls a sword from a stone. With up to six characters on the battle field, a revolving cast of party members, and a customizable world, join Fang and his band of Fencers in an epic battle to revive the Goddess or the Vile God!

Long ago, a war waged between the Vile God and the Goddess. The battle was fierce; the two were equally matched. Finally, both sides unleashed special weapons that contained fairies imbued with their power. Using this power, each god sealed away the other within another world. And so, time passed… The weapons that the Goddess and the Vile God left were called Furies, and the warriors who used them were called Fencers. Rumors arose that the Furies were so powerful, whoever collected them all would be granted one wish. As a result, Fencers fought each other endlessly to obtain them. By chance, a young man named Fang happened to unwittingly become a Fencer, and saved a girl named Tiara. And she, too, was a Fencer. From that day forward, Fang found himself an important part of the battle between the Goddess and the Vile God.

– Three Stories, Three Paths! In the three stories to play – the Goddess story, the Vile God story, and the Evil Goddess story – friends become foes, foes become friends, and based on your choices, multiple endings can be unlocked!
– Three Ways to Fight and Fairize! Play in Easy, Normal, or Hard mode and switch the difficulty up whenever you want to balance the game to your play style!

– Three’s a Crowd, Six is a Party! With up to six party members on the battlefield at a time, you can play as all your favorite Fencers!

– Shape the World Around You! Customize weapons by fusing them with fairies and change dungeons stats through world-shaping. Even power up Fencers through the fairies’ power to transform, or Fairize, during battle and change your world!

Today, HandyGames confirmed that Dynamite Fishing will be released on December 21st in Europe and North America. It will cost 9.99€ / $9.99.

ish. Fish are part of the Axis of Evil™, didn’t you know that? Of course not, as the Government does not want you to know. But it’s your duty as a loyal citizen to protect the other fine folks from this underwater menace. And that’s why you have to put on your darn boots, get on your g******* boat and blow that varmint fish out of the water! Yeehaw!

Your goal in this absolutely-not-taking-itself-serious-game is to mash the buttons on your Switch to throw dynamite, bombs, guns, freezing grenades and even an Atomic Bomb and kill as many fish as possible. The game is snug as a bug on Nintendo Switch, so even some younguns can compete with each other in the multiplayer mode when hunting for better weapons, better boats or crazy new characters. You can actually be the Grim Reaper!

WARNING! All fish in this game are trained stunt fish! Do not attempt to re-create or perform the same or similar stunts at home …your goldfish will not enjoy it! Join the fun in this wild fishing action and rush across the seven seas. Fly fishing is boring! Grab your guns and explosives and let’s catch some fish REDNECK STYLE! Forget about idyllic ponds, or beautiful coral reefs. Dynamite Fishing – World Games will ship you to the best fishing spots all over the globe including an awesome jungle adventure! Choose your favorite characters and boats, explore the most daring scenarios and catch as many fish as you can. 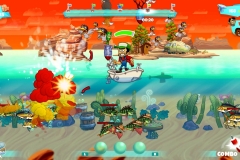 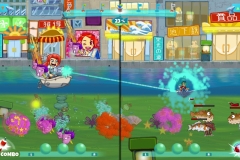 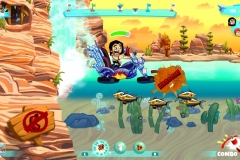 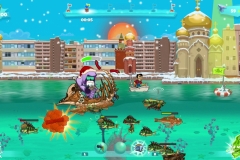 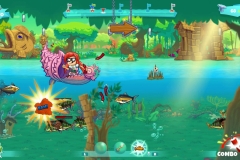 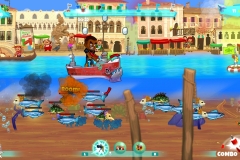