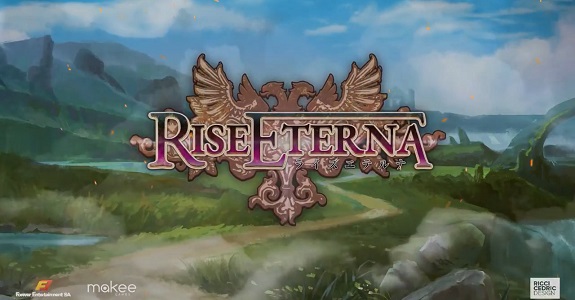 Super Crush KO is a fast-paced brawler / shoot-em-up hybrid set in a vibrant, near-future city. Take control of a neon-wearing, robot-stomping, stylish-as-heck hero and save humanity from an AI apocalypse! Punch your way through waves of bots, launch them into the air and blast them out of the sky, all chained together in massive, awesome combos.

Super Crush KO (Switch – eShop) comes out next year in Europe and North America. The Upcoming Games page has been updated!

Last week, EXOR Studios announced they were bringing X-Morph: Defense (a a unique twin-stick shooter, tower defense hybrid) to the Nintendo Switch, in Q4 2018. This version of the game will feature all the updates released for the PC version, but also the free Survival mode, the two paid expansions packs (European Assault and Survival of The Fittest), additional tower types, and the final piece of paid DLC (The Last Bastion).

You are the X-Morph – an alien species that invades Earth to harvest its resources and terraform the surface. Strategize in the build mode by carefully selecting various types of alien towers or throw yourself right into the heat of the battle. Build mazes for incoming enemies in an environment that provides exceptional planning freedom. Tear down buildings and collapse bridges to support your defense or to simply indulge in a spectacle of unprecedented destruction. Possess a range of unique alien weapons and use defense strategies like you’ve never seen before in this genre.

X-Morph: Defense (Switch – eShop) comes out in Q4 2018 in Europe and North America. The Upcoming Games page has been updated!

Here’s the latest trailer for Banner of the Maid:

Banner of the Maid (Switch – eShop) comes out later this year worldwide.

Last week, XSEED announced that Freedom Planet will be released on August 30th in Europe and North America. Here’s all you need to know about it:

Freedom Planet is a fast-paced, combat-driven platform adventure that pits a spunky dragon girl and her friends against hostile foreign powers and alien attack forces. There’s trouble around every turn, from insects and giant robots to sheer explosive destruction, but players will have a variety of special fighting abilities at their disposal to blast through more than a dozen massive, non-linear stages.

Take back the world of Avalice and return peace to its three kingdoms for the first time on a handheld console! Play as one of three characters – Lilac, Carol or the unlockable Milla – each with their own unique gameplay style, and use their individual skills to forge a path through the gorgeous 2D pixel art and lush multi-scrolling backdrops that make up the stages in Freedom Planet.

With a traditional ‘Adventure Mode’ featuring over an hour’s worth of fully voiced cutscenes to enhance the game’s dramatic storyline, and a ‘Classic Mode’ to get players straight into the action, the Nintendo Switch release of Freedom Planet offers the full, uncompromised experience at home or on the go. The game will be available in English, French, German, Spanish, Japanese and Korean.

Freedom Planet (Switch – eShop) comes out on August 30th in Europe and North America. The Upcoming Games page has been updated!

Keep Talking and Nobody Explodes

Last week, Steel Crate Games announced that Keep Talking and Nobody Explodes (a cooperative bomb-defusing game) will be released on August 16th in Europe and North America. Here’s all you need to know about it:

In Keep Talking and Nobody Explodes, one player is trapped in a room with a ticking time bomb they must defuse. The other players are the “Experts” who must give the instructions to defuse the bomb by deciphering the information found in the Bomb Defusal Manual. But there’s a catch: the Experts can’t see the bomb, so everyone will need to talk it out – fast!

Puzzle solving and communication skills – and maybe a few friendships – will be put to the test as players race to defuse bombs while communicating quickly, clearly, and effectively.

Keep Talking and Nobody Explodes (Switch – eShop) comes out on August 16th in Europe and North America. The Upcoming Games page has been updated!

Rise Eterna (Switch – eShop) comes out next year in Europe and North America.