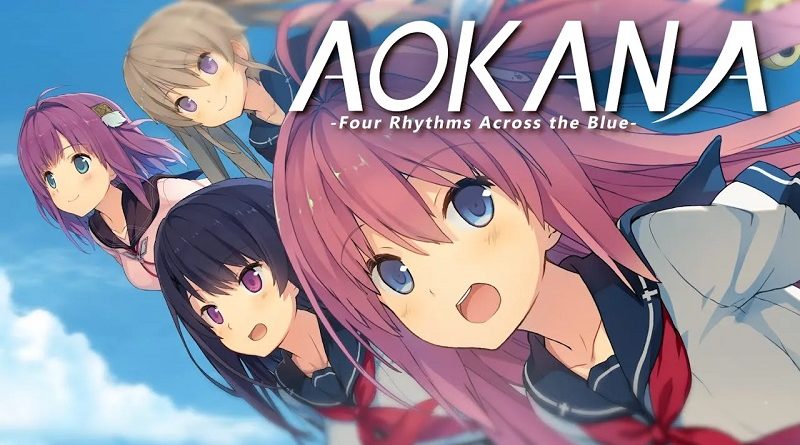 Piczle Cross Adventure takes the classic nonogram logic-puzzle and turns it into something never before experienced in the genre: a story-driven, RPG-style 2D graphical adventure! Follow our heroes Score-chan, Gig and professor Matrix as they tackle their most daunting challenge yet.

Aokana – Four Rhythms Across the Blue

PQube have announced their latest game for the Nintendo Switch: Aokana – Four Rhythms Across the Blue. This Visual Novel developed by sprite was released a couple of years ago in Japan, and it’s finally headed to Europe and North America this Summer.

The story of Aokana plays in a world where science finally did it and invented anti-gravity shoes! With the dreamlike ability to freely fly through the skies, a form of sport called Flying Circus became popular, where athletes soar through the air to score points. Slip into the role of Masaya, a former competitor, that encounters the new transfer student Asuka who strives to learn how to fly. Get involved in the Flying Circus sports club, support the ambitious girls and eventually end up with your own head in clouds!

Aokana – Four Rhythms Across the Blue (Switch) comes out this Summer in Europe and North America. The Upcoming Games page has been updated!

Here’s a video interview for TT Isle of Man 2:

In anticipation of the release of TT Isle of Man – Ride on the Edge 2 in a few weeks, TT rider Davey Todd took part in a Q&A with us! During his interview, he talks about the significant improvements that make the game a more realistic simulation: better control of the bike’s weight, improved bike–rider synchronisation, smoother and more natural steering, improved suspensions, etc. With a game controller in hand, all these elements give players the sensation of riding a real bike. He also highlights the quality of the Career mode, which allows motorcycle racing enthusiasts to live their dream of becoming a professional rider.

TT Isle of Man 2 (Switch) does not have a release date yet.

These six developer interviews first appeared in the 5/93 edition of Famicom Tsuushin, in a special feature focused on new up-and-coming game designers (the original tagline was “Move over Horii, Sakaguchi, and Miyamoto! It’s our time now!”). Famicon Tsuushin also adorned each short interview with a photo of the developers at their desks, which I’ve included as well. While some of the designers did indeed find massive success later, equally interesting to read now are the lesser-knowns like Ryoji Amano (Super Soccer) and Noboru Harada (F1 ROC).