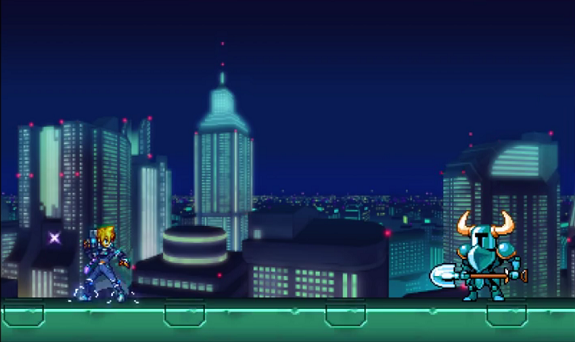 What does it do, exactly? It’s pretty simple… it unlocks a special boss battle against the Shovel Knight himself! Here’s a teaser trailer:

Do you like that sexy Shovel Knight spirte? If yes, that’s Masaya Suzuki (Mega Man Zero, Breath of Fire) that you have to thank for it! Shovel Knight will be available as a boss for players scanning the Shovel Knight amiibo in Azure Striker Gunvolt 2 (physical or digital). You can chose to fight him as both Gunvolt and Copen.

Also, Yacht Club Games revealed the results of their New Game poll, that over 30 000 people took part in. Here’s the kind of games players would like to see next from Yacht Club Games:

You can check out the full results by clicking on the source link below! But before that, a quick reminder: the result of that poll “doesn’t directly confirm or inform our decision making process”. In other words: this was all for “fun”, to see what kind of games players would like to see jext from Yacht Club Games.