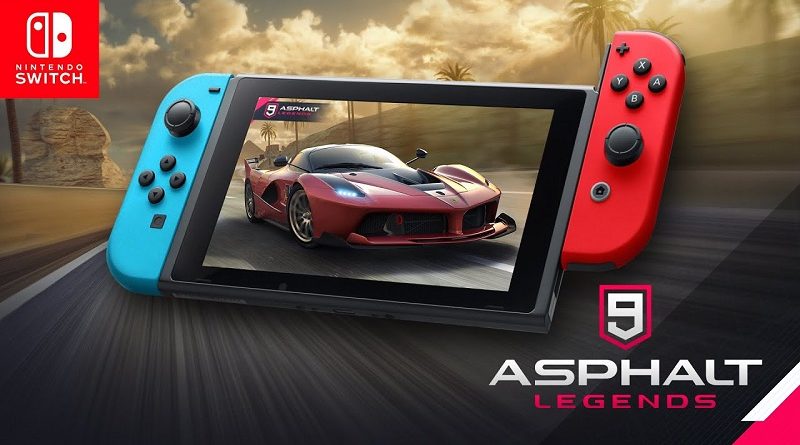 Gameloft have shared some more details about Asphalt 9: Legends, which was announced for the Nintendo Switch yesterday. First, we learn the game will be released this Summer, worldwide (including Japan).

Unlike Modern Combat: Blackout, it will be Free 2 Play title, but with the usual microtransactions. You will be able to unlock all the content without making any purchases, according to the publisher. That being said, a Starting Racer Pack will be available at launch, and will allow players who are willing to spend some bucks to get “incredible supercars and resources to boost progress and to challenge friends and family in split-screen multiplayer right from the beginning”.

This version of the game will feature splitscreen local multiplayer; but also a new Quick Race mode that can be played both online and offline. It will support all types of controls: Joy-Cons, Nintendo Switch Pro Controller, along with gyro controls, and touchscreen controls. Gameloft also mentions Touchdrive, which is a ” fresh approach to driving controls that adds a layer of strategic decision to the sheer fun of the ride”, without sharing any details.

In this Nintendo Switch version, players will find the same fun, arcade racing experience where they can perfect their skills, prove their worth, and become legends by cruising across awe-inspiring tracks set around the world. They will collect and unlock world famous licensed hypercars and stunning tracks by racing through the robust single player campaign. Asphalt 9: Legends launches with nearly 60 super and hyper cars including some of the fastest, rarest, and most prestigious cars ever made, such as the Bugatti Chiron, the McLaren P1 and the Lamborghini Terzo Millennio, exclusive to Asphalt 9: Legends. Gameloft will update Asphalt 9: Legends with new content similar to the mobile and PC version of the game.

Asphalt 9: Legends supports up to 8 players in online play free-for-all and up to four player local split screen. Split screen functionality allows players to race on one of the 42 tracks available, with up to three local opponents with the new offline gameplay mode.

Asphalt 9: Legends (Switch – eShop) comes out this Summer worldwide. The Upcoming Games page has been udpated!