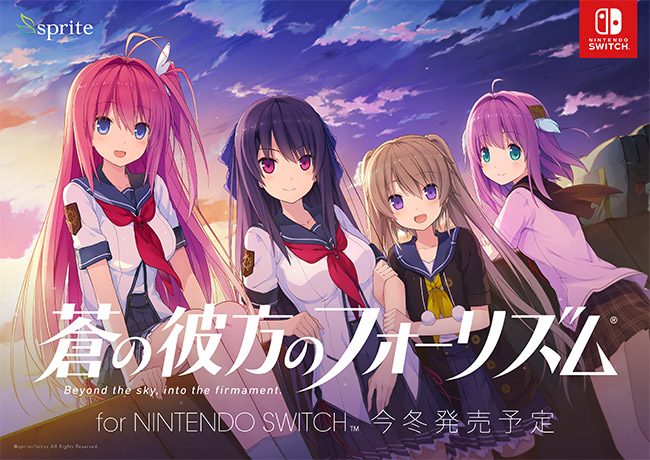 Ao no Kanata no Four Rhythm is a Visual Novel already available on PC and PlayStation platforms (including in an adult-only version, on PC), which received an anime adaptation in 2016. Back in August, Fairys announced that a Nintendo Switch version would be released this Fall in Japan, at retail and on the Nintendo eShop.

But unfortunately, fans of Visual Novels will have to wait until next year to play Ao no Kanata no Four Rhythm on their Nintendo Switch, since that version of the game is now launching on March 29th 2017 in Japan. There will be three separate editions:

Pre-orders for the game will start on October 15th (this Sunday).

Next, here’s the opening movie for the Nintendo Switch version of the game:

Ao no Kanata no Four Rhythm (Switch) comes out on March 29th in Japan. The Upcoming Games page has been updated!