Nintendo Minute is never a minute! Today we’re challenging ourselves to see if we can guess Animal Crossing items blindfolded. How do you think we did? Do you think you’d be able to do this? As always, thanks so much for watching and we’ll see you next week!

And here’s the latest episode of the Nintendo Power Podcast, dedicated to Animal Crossing: New Horizons this time around:

Whoa, there – what’s the rush? The Animal Crossing™: New Horizons game launches in less than a month, so it’s time to slow down and slip into an island state of mind. This episode, host Chris Slate talks with Bill Hutchens and Kristen Copeland from Nintendo Treehouse, and Anthony Foster from the social media team at Nintendo of America about all the things they look forward to doing on their deserted island getaway. If that doesn’t put you in vacation mode, try listening to the Animal Crossing: New Horizons music track included at the end of the episode. The group also recommends their favorite recent games, takes the Warp Zone Quiz, and picks their top upcoming titles for the Nintendo Switch™ system.

Nintendo have announced that, due to the Coronavirus outbreak, the latest Splatoon Koshien 2020 tournament (which was to be held in Nagoya on March 20th and March 21st) has been cancelled. This was done in order to protect the health and safety of the participants and spectators.

It’s possible that the grand finals, which are set to take place on April 18th and 19th during the Nico Nico Choukaigi 2020 event, will also be impacted. Unfortunately, even if it does take place as scheduled, there will be no team from the Toukai region since the tournament for that region has been cancelled altogether.

Also, it has been announced that the Nintendo Tokyo store will have shorter opening hours from March 3rd to March 25th, once again due to the Coronavirus. During that period, it will be open from 11PM to 8PM, instead of 10AM to 9PM.

Here’s some pictures of some Super Mario x Levi’s clothes, releasing on April 1st in Japan: 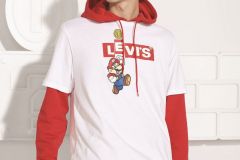 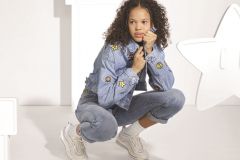 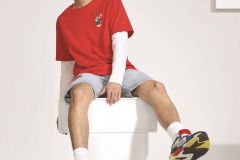 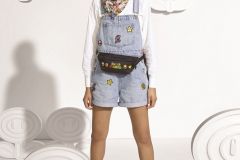 Here’s the preview video for the latest Fortune Cookie and related set of Stamp Trade rewards in Animal Crossing: Pocket Camp, Maggie’s florist cookie, which is now available until May 30th:

Here’s the preview trailer for the latest Summon Showcase for Dragalia Lost, A Dash of Disaster (Part Two), which runs from March 3rd to March 12th: