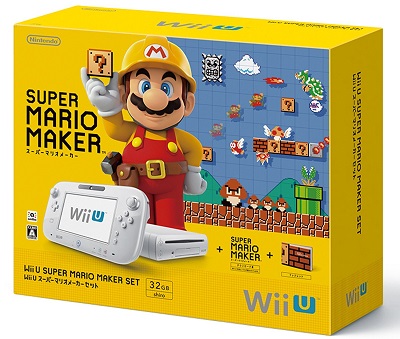 Update: this week, Nintendo updated its website to indicate that the Super Mario Maker Premium Pack has finally be discontinued. Nintendo stopped production, and retailers will not get any more shipments. In other words: if you’re still trying to get a unit for yourself, finding one at the regular price is going to be pretty hard from now (one could say it already was before the discontinuation…).

After all, Nintendo has kept shipments to a bare minimum for the past few months (which clearly wasn’t enough to meet demand), and if there’s units left at some retailers, they won’t remain on the shelves for very long.

Regarding shipments, it’s not clear what Nintendo is going to do with the second Splatoon Premium Pack, which has become the de-facto pack for anyone interested in buying a Wii U (along with the regular Premium Pack without any game, which can be hard to find).

It was pretty obvious when looking at Wii U sales during the shortages (which are not quite over, and most likely never will): every time retailers got a sizeable shipment of Wii U units, sales of Super Mario Maker rose noticeably. When they ran out, sales dropped sharply. And every time, it’s Super Mario Maker Premium Packs that retailers received from Nintendo, even though the White Premium Pack (without any game) is still being sold.

Unfortunately, it looks like the Super Mario Maker Premium Pack is about to be discontinued. On its website, Nintendo has put a notice indicating that production would end soon. In other words: if you’re interested in one, you better go and buy one as soon as possible. Unfortunately, we don’t know how many units Nintendo still has left in stock for retailers (not much).

To the surprise of no one, it’s the Splatoon Premium Pack (announced last month) which is going to replace the Super Mario Maker Premium Pack. That means the price of a brand new Wii U is going to increase even more in Japan, since the regular Premium Pack is still rather hard to find in stores. As mentioned previously, Nintendo isn’t really interested in pushing the Wii U anymore, especially in Japan.