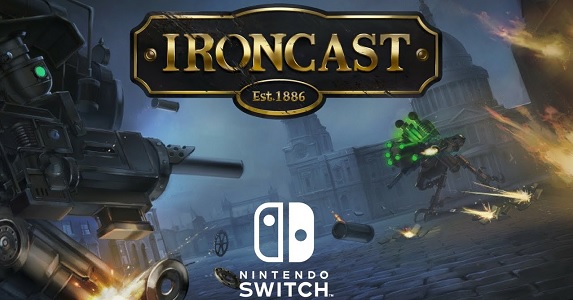 Just before E3 2017, Ripstone announced that Ironcast (a Steampunk turn-based strategy game developed by Dreadbit) was coming to the Nintendo Switch. And earlier this week, they finally shared some more details about this version of the game, with the release date and the price!

For starters, there’s not one, or three, but four different ways to plays:

The other improvements include the ability to fire on the first turn (something players of the other versions had been requesting), the ability to sell older or unwanted systems for some extra scrap, and a complete rebalancing of the gameplay experience (more consistent and more fair) for the campaign.

But that’s not all: the Commendations (persistent unlocks) now have “more punch to them”, and the UI was completely redone to ensure fonts and buttons are all useable and easy to ready no matter what you’re playing on: the Nintendo Switch screen, or a 120″ projector screen.

Ironcast (Switch – eShop) will be released on August 10th in Europe and North America. The Upcoming Releases page has been updated!