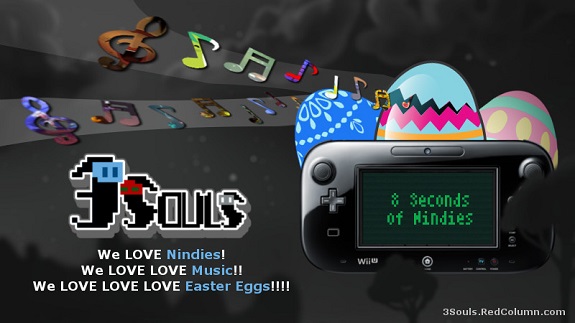 Next week, the first episode of 3Souls (Nelesa) will be released in Europe and North America. Today, the developers revealed that the game would have a “8 Seconds of Nindies” (musical) easter egg.

It’s pretty simple: at one point in the game, under specific circumstances, there’s a 8 second music track from a Nindie game that is played on the Wii U GamePad. There’s 16 of them in total, and players have to find which games they’re from.

Racing Apex is a retro-inspired racing game in development for the Wii U (and other platforms). Developed by Lucky Mountain Games, it’s described as a mix between Virtua Racing, Super Mario Kart and Interstate series.

The game features several racers (seen in the video below), various game modes and tracks, 30 vehicles (which can be upgraded and repaired), items to use, and more. it features a range of racers, game modes, tracks and items to use.

Here’s a trailer for the game (from the PC version, as seen in the title of the video):

Here’s the latest trailer for Bloc, coming soon to Wii U (via the Nintendo eShop):