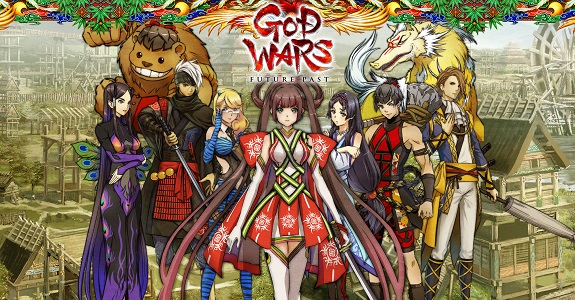 It looks like the latest issue of Famitsu magazine, releasing this Thursday in Japan, has a couple of announcements for the Nintendo Switch… well, at least one! Thanks to the usual early leaks, we already know that God Wars (a folklore-inspired tactical RPG from Kadokawa) is headed to the Nintendo Switch.

This new version features improvements such as sped up battles, improvements to the Help feature, the ability to dispatch units of 8 characters (instead of 6 previously, though only in high level stages apparently), a raised level and skill cap, and a New Game+ mode.

But that’s not all: Momotaro, the Pheasant, the Monkey, and the Dog are to be playable. There will also be a brand new episode, and the developers are adding a multi-ending system. Finally, there’s a new theme song sung by Orihime (a new character voiced by Yuu Serizawa).

The Famitsu article also mentions DLC, with the following:

The release date and pricing of the DLC will be announced at a later date.

The latest issue of Famitsu magazine comes out on Thursday in Japan (Wednesday morning/afternoon for North America and Europe respectively).