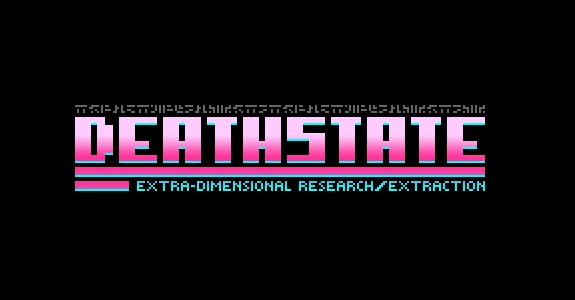 Deathstate is a roguelike bullet-hell single-stick shooter, and it’s headed to the Nintendo Switch. Last week, the developers shared this totally ambiguous pictures, which really makes anyone who sees it wonder whether Deathstate is truly coming to Nintendo’s hybrid console:

For those who never heard of this game before, Deathstate is a “roguelike, bullet hell, single stick shooter set in a bizarre world of dimensional exploration”. You get to play as various unique characters, who all have something in common: they’re trying to find out what happened to Professor Elinberg, who opened a portal to the void. Countless treasures and great / terrible mysteries await beyond the beyond!

Your characters have discovered the secrets of deep astral projection, something that was done by entering into a fully death-like meditative state. When you’re in that state, you can travel to worlds only the most enlightened (or mad, depending on your point of view) have ever imagined. As you can imagine, those planes of existences are not really the most welcoming of places for mortal souls…

Deathstate features a unique combination of retro 16-bit visuals and advanced shader effects. Worlds full of painstakingly detailed pixel environments, enemies, and bosses will warp and shift before you, as your mind is subjected to the chaotic influence of the warp.

The dimensions within Deathstate are teeming with nightmarish beings. As a procedural bullet-hell game, it’s up to player knowledge and skill to survive emergent dangers in gameplay.

Over repeated runs, players will unlock new characters with unique abilities. Like you, these companions are trapped in uncovering the secrets of the Deathstate. New player characters will enable players to customize their starting build, increasing their chances of surviving the horrors that lie beyond.

The treasure you discover in Deathstate pushes the limits on cool and bizarre game loot. You will discover arcane grimoires, mystic weaponry, burial masks, and gem encrusted idols. Most prized are organs dropped by Elite enemies and Bosses. By ingesting these organs, supernatural abilities will become your own, allowing you to push beyond the limits of mortal power!

Deathstate (Switch – eShop) does not have a release date yet, but it’s already been added to the Upcoming Games page!