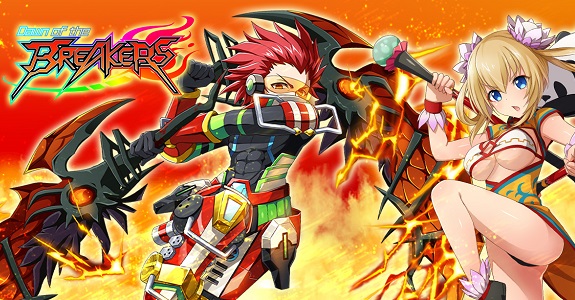 Tomorrow (on November 21st, PT), Dawn of the Breakers will get a brand new episode continuing the main story: Episode 10. Here’s the synopsis for this new episode:

Shortly after the Jinguji debacle…

Reports have come in regarding a new enemy who’s been defeating entire units of the Enchant Force. Eager to help their comrades, the Breakers rush to the battlefield, only to find a lone Enchanter with an uncanny resemblance to Yusaku. As if things couldn’t get stranger, Yusaku’s head suddenly begins to ache upon seeing the individual’s visage. What relation could there be between Yusaku and the newly revealed enemy…?!

Naturally, in order to play Episode 10, you will need to have reached and cleared Episode 9 Part 5 (on Normal mode).

Alongside this new story chapter, a new Spotlight Capsule will go live. It will include the following two new characters:

Those two characters will have higher drop rates than normal (that’s what the Spotlight Capsule is about, after all). The Capsule will be available until December 5th, and after that, Yusaku Akagi and Kiri Kanegae will still be available, but only in the Rare Capsule.