Revealed during the Nintendo Direct presentation in February, Astral Chain is the latest game from PlatinumGames. It will be released on August 30th worldwide, on Nintendo Switch.

On this page, we’re going to gather all the details, pictures, and videos shared by Nintendo via its official Twitter accounts, so that you can easily find all ot it in a single place. Naturally, we will keep on updating this page on a regular basis, until it doesn’t make anymore sense to update it.

There are a variety of missions in ASTRAL CHAIN, including a hidden 16-bit-style minigame. I like it a lot since you can feel some nice nostalgia while you recover mentally from the all the fighting. I hope you’ll try to find it. 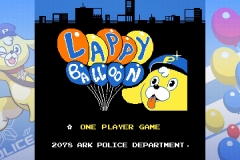 The latest Twitter update is Part 9 of Mr. Taura’s Case Files, which is about Lappy (the mascot of the Neuron special task force)!

Lappy” is the mascot of the Neuron special task force in ASTRALCHAIN. Japan has seen a sudden wave of popularity for Yuruchara in the last few years.” (Note: Yuruchara refers to mascot characters like Lappy who dress in fuzzy animal costumes.) They’re a normal part of our everyday lives at this point, so it’s inevitable that one of them would appear in the game, as well. 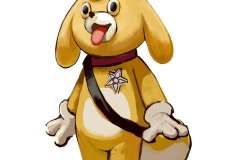 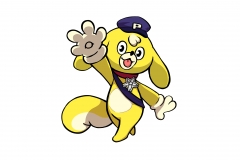 We are often asked why there are so many cats in ASTRAL CHAIN. You don’t need a reason to love and admire a bunch of cats. (Note that there are also dogs.)” 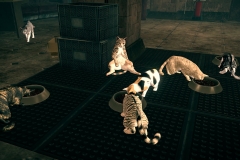 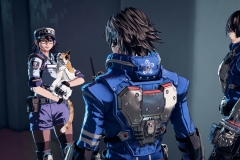 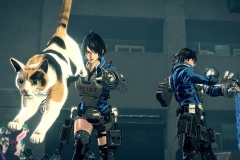 The latest Twitter update is Part 6 of Mr. Taura’s Case Files, with details about the character customisation options:

The latest Twitter update is Part 5 of Mr. Taura’s Case Files, with details about the game’s atmosphere and setting:

The protagonist of ASTRAL CHAIN investigates incidents as a member of a special police task force. The development team put a lot of effort into creating the atmosphere of a police officer investigating a crime scene. The team worked hard to connect the setting with the gameplay, like with the IRIS system that projects holographic images into your surroundings. This is a cool piece of near-future sci-fi design, plus it’s also very useful when conducting an investigation. 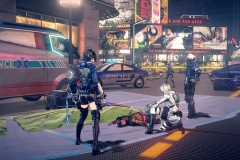 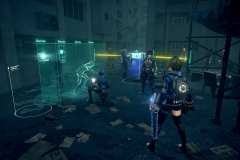 The latest Twitter update is Part 4 of Mr. Taura’s Case Files, with more details about Legions but also your chain:

The latest Twitter update is Part 3 of Mr. Taura’s Case Files, with an interesting anecdote about Legions:

In Astral Chain, the player summons & fights alongside a Legion. I really love Pokémon, so maybe the idea of calling on another character to fight alongside was greatly influenced by my childhood gaming experiences of growing up alongside my Pokémon.” 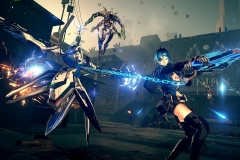 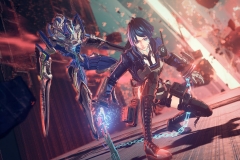 And here’s the latest video clip for the game, showcasing the Beast Legion:

The latest Twitter update showcases the Beast Legion, and how you can ride it:

The latest Twitter updates for the game is Part 2 of the Mr. Taura Files, where the Director shares details about the game. This time, the focus is on what inspired the game, as well as the game structure:

The story and art style of ASTRAL CHAIN is inspired by Japanese police procedurals and science fiction anime. The way you advance through the game is a hybrid system that’s greatly influenced by our previous titles. The game is split into chapters with their own specific objectives, like the Bayonetta series, but players also have the freedom to choose among a variety of sub-missions scattered around, like in NieR: Automata. 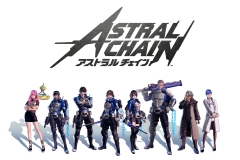 The latest Twitter updates for the game showcases some impressive combos…

… and we also have the first entry of the Mr. Taura’s Case Files, where the Director shares details about the game and its creations:

The latest Twitter update showcases the beginning of File 01:

The latest Twitter update for the game shows a brand new artwork! 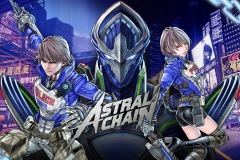 The latest Twitter update shares more details about the two playable characters. At the beginning of the game, you have to choose between the male and female character. But don’t worry: the other one will not simply disappear into the void; they will instead join you as your younger twin brother/sister! 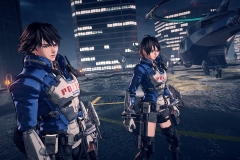 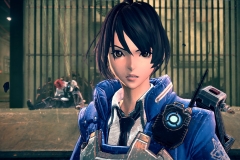 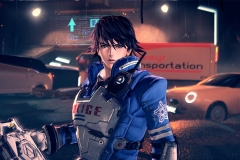 The latest update showcases Ark: the multi-cultural city set in the near future, which is where the game takes place. Your main goal is to protect that futuristic city from interdimensional invaders. 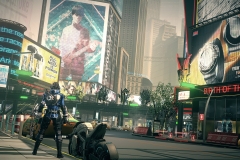 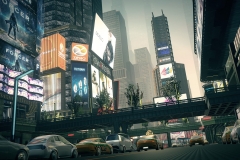 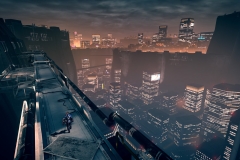 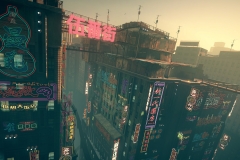 The latest video clip for Astral Chain once showcase the Legion, your partner as Neuron officer. They can take various form, including one that pretty much look like a (robotic) dog. You will need to switch between the various forms during your investigations.

Here’s the latest set of screenshots for the game, showcasing the Legion, which allows you to use various combat styles in battle:

In Astral Chain, your partner is not another human, but a special weapon known as Legion. They’re pretty reliable in battles, but they also help with your investigations! 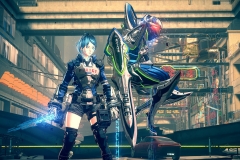 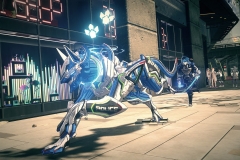 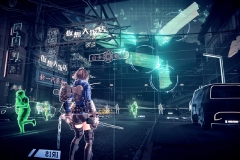 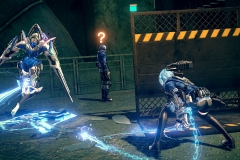 In the world where Astral Chain takes place, mysterious and extremely dangerous creatures begin to emerge from another dimension. That’s when Neuron, a special task force, enters the fray: its members are the only who can stand between them and certain disaster! 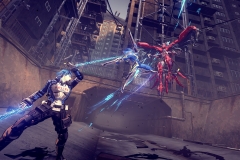 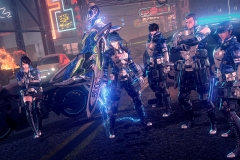 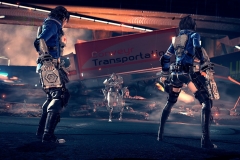 Here’s a video clip for the game, showcasing the synergetic action system, where you run rings around enemies in order to hit them with some hefty combos!

Here’s the latest video clip for Astral Chain, showing the player and their special weapon trapping an enemy in the chain, before delivering a hefty dose of pain: 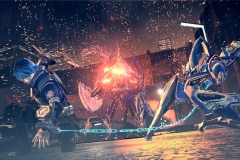 Here’s a video clip for the game, which shows the players riding his special weapon: