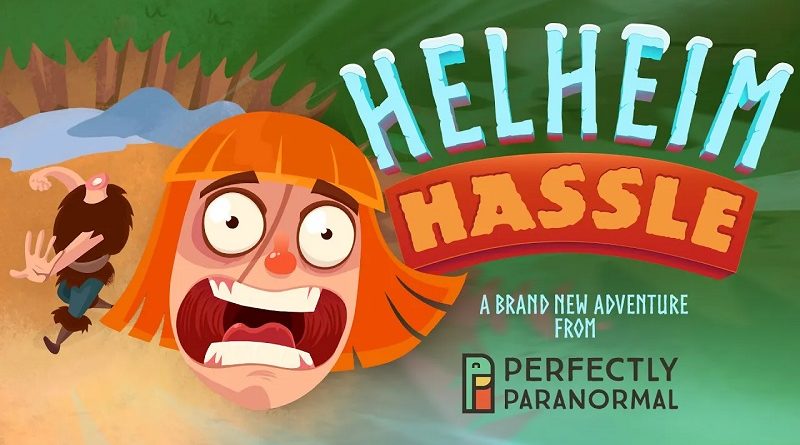 Interested in Helheim Hassle? If yes, you’re in luck: a demo version is now available for download in Europe and North America. It features the following:

This demo is a preview of the madness you might come to see in Helheim Hassle. Witness the mood of the world, meet some main characters, deal with a few goblins and dip your toes in some Puzzles. But don’t detach your toes yet, that comes in the full version; which features up to 70 quests across 14 levels, requiring the use of all manner of different body part combos to complete the game’s unique puzzle-platforming challenges.

Helheim Hassle is a comedic yet macabre narrative adventure game, from the same universe as their previous hit Manual Samuel, that is as much about friendship as it is about body parts. You play as Bjørn, a pacifist Viking who hates the idea of dying and going to Valhalla (who then ends up dying and getting taken to Valhalla) as he seeks to negotiate his way out while helping the mysterious Pesto on a quest to retrieve a certain magical item… In return, Pesto will try to grant Bjørn a permanent residence in Helheim – what a hassle!

Proletariat have shared a new set of screenshots for Spellbreak, this time showcasing the Nintendo Switch version of the game specifically: 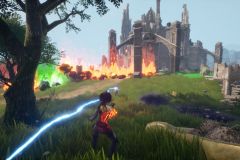 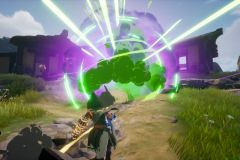 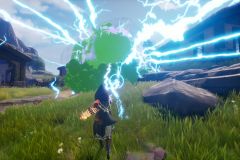 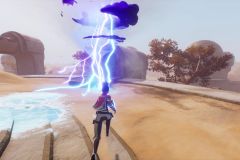 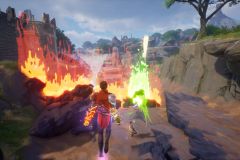 Spellbreak (Switch – eShop) does not have a release date yet.

Here’s one lone screenshot for the Nintendo Switch version of Oceanhorn 2: Knights of the Lost Realm: 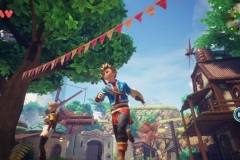 Oceanhorn 2: Knights of the Lost Realm (Switch – eShop) comes out this Fall in Europe and North America.

Ultimate Games have announced their latest game for the Nintendo Switch: Drill Deal: Borehole, a free oil platform simulator developed by A2 Softworks.

No release date for the Nintendo Switch version yet, but here’s a trailer, some details, and the list of key features:

Drill Deal is a title designed with focus on single player gameplay, combining elements of economic strategy, simulation and base building. The title distinguishes itself through voxel graphics, humour-filled atmosphere and intriguing gameplay. The developers from A2 Softworks place the greatest emphasis on the strategic and economic elements.

As the creators explain, in the free Drill Deal: Borehole (Alpha), players will find, among others, 2 levels (tutorial and one fully-fledged scenario), more than 20 unique building types and 15 resource types to extract/process.

The final, paid edition of Drill Deal will offer a lot of additional content. In total, the game will include a full campaign (6 highly varied scenarios), sandbox mode, new advanced technologies and elements for expanding the oil platform, as well as numerous other attractions.

Drill Deal: Borehole (Switch – eShop) does not have a release date yet.

The latest chapter of the officiual Volta-X web comic is now available: click here to check it out! It looks like this is the final chapter of Season 1, with more chapters to come at a later date. 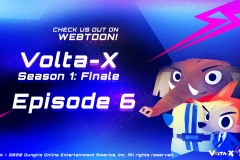 Tsukuyomi, the latest deity to be added to SMITE, is now live as part of the latest update for the game. Here’s a video showcasing the highlights of that update, as well as details about Tsukuyomi:

Tsukuyomi is now reunited with his sister Amaterasu and the family reunion promises to be tense. The God of the Moon and the Goddess of the Sun are just as mutually antagonistic as you would expect – she is the one who once banned him from Earth. Today he returns and steps into the battlefield in an opportunistic attempt at seizing power.

As an Assassin from the Japanese pantheon, Tsukuyomi is methodical and inflexible and looks just the part of a ninja master. Everything about him is full of lunar symbolism, from his colors to the tailoring patterns on his armor, and his inevitable twin crescent blades which represent the New Moon and the Full Moon.

The God of the Moon has a bold, sharp Assassin playstyle. His Tonfa blades Shingetsu and Mangetsu feel like distinct entities. Each becomes empowered with every attack, getting its own bonuses. Unlike most SMITE Assassins, Tsukuyomi can fire ranged projectiles and doesn’t constantly dash in and out of the fight. Only with his ultimate can he dive onto his prey, unleashing a flurry of piercing strikes.