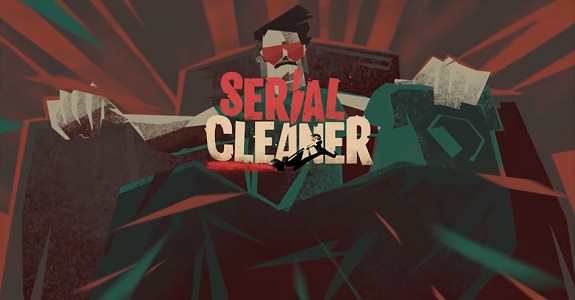 Plenty of games have you kill things and people, either as one of the gameplay mechanics, or as the central theme (think Hitman, for example). But very few games have you clean up the mess that was made when innocent and less innocent people were (more or less) brutally murdered. Serial Cleaner aims at making you see what cleaning a murder scene entails, in possibly the most realistic way possible (not really).

Serial Cleaner is a “story-driven, fast-paced stealth/action game”, featuring strong 1970s theme and and aesthetics. You get to play as someone who has to clean up murder scenes: disposing of bodies, covering up blood stains, hiding murder weapons and incriminating evidence… Killing people is not as straightforward as you’d think!

The game is centered around three elements: exploration, experimentation, and fast-paced decision making. If you get caught and questioned, the protagonist ends up with a black mark on his career. And not getting caught is going to be tough: places are often crawling with itchy-fingered police officers and nosy bystanders, after all. Interesting fact: gameplay changes depending on the time of the day, and your location.

Serial Cleaner features a healthy dose of (macrabre) humour, and doesn’t take itself too seriously.

Here’s a trailer and some screenshots for Serial Cleaner: