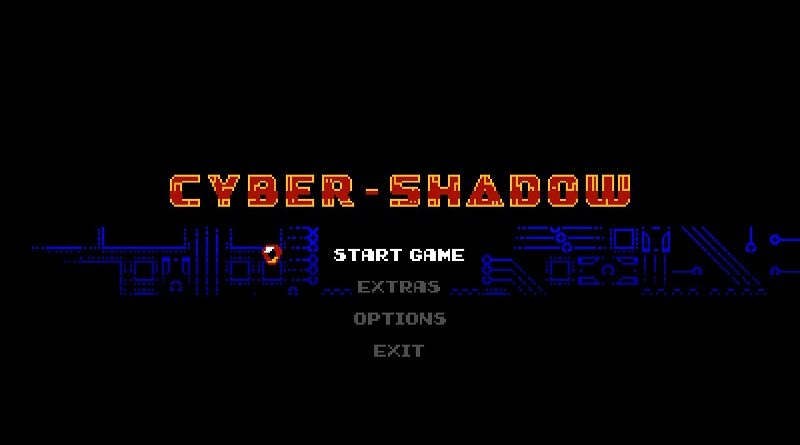 Earlier this week, Yacht Club Games revealed their latest project, which isn’t Shovel Knight 2, or even a Shovel Knight game. Their new project is a game called Cyber Shadow, developed in collaboration with Aarne “MekaSkull” Hunziker (who has been working on it over the past decade, with the last year spent polishing it under the supervision of Yacht Club Games).

Cyber Shadow is a Ninja Action game, and it will be released on Nintendo Switch. We don’t have a release date for now, but we do have a price: $14.99.

The world has been taken over by synthetic lifeforms. A desperate plea for help sets Shadow on a journey to uncover what started the path to perpetual ruin. Slash through the techno hordes, leap past traps, and nimbly navigate the ruins of Mekacity in Cyber Shadow.

For more details about the game, including why Yacht Club Games picked this one up in the first place, make sure to check out this post!

Cyber Shadow (Switch – eShop) does not have a release date yet. The Upcoming Games page has been updated!

Chasing Carrors and PainDevs have announced that Pressure Overdrive (a steampunk-shooter on wheels) is coming to the Nintendo Switch next week, in Europe and North America. It will be released on April 4th in both regions, and will cost 12.99€ / £10.99 / $12.99.

Pressure Overdrive creates a unique action-arcade vibe with its colourful world, various enemy types, and dynamic physics effects. The game includes different game modes, customizable player buggies, and a local coop mode so you can invite your family and friends to join you for sessions on the Nintendo Switch to challenge the nasty Count Soap and his minions, and earn their online high score ranks among the best.

All game modes can be played cooperatively by two players on the same screen, with shared results being recorded in a coop high score. The Campaign Mode offers over 30 levels, including boss battles, in three different worlds. In Freeplay Mode, previously unlocked levels can be mastered again under new conditions, the Endless Mode challenges through fast-paced action and continuously increasing difficulty. Never fear as you can upgrade your buggy with over 35 weapons and gadgets to take up the fight for  ’La Resistance‘.

Pressure Overdrive (Switch – eShop) comes out on April 4th in Europe and North America. The Upcoming Games page has been updated!

Devolver is on roll with Nintendo Switch announcements and releases, and today, they announced yet another game for the platform: Heave-Ho. It’s a physics-based local multiplayer adventure developed by Le Cartel, to be released this Summer in Europe and North America.

Heave Ho unites up to four players with a simple goal – don’t fall to your death. Grapplers will use their own two hands and the outstretched grip of their friends to swing, fling, and soar across each level on their way to victory.

Grab one another’s hands, climb across dangling bodies, and swing your pals to safety in a wobbly, dangly mass of limbs. Customize your character with all manner of stylish accessories and zany accouterment in a vain attempt to remember who you are and which of your hands is the only thing between you and the plummet of doom.

Heave-Ho (Switch – eShop) comes out this Summer in Europe and North America. The Upcoming Games page has been updated!